Inspired by the true story of Ireland's biggest cocaine seizure in 2007, The Young Offenders is a comedy road movie about best friends Conor and Jock, two inner-city teenagers from Cork who dress the same, act the same, and even have the same bum-fluff mustaches. Jock is a legendary bike thief who plays a daily game of cat-and-mouse with the bike-theft-obsessed Garda Sergeant Healy. When a drug-trafficking boat capsizes off the coast of West Cork and 61 bales of cocaine, each worth 7 million euro, are seized, word gets out that there is a bale missing. The boys steal two bikes and go on a road trip hoping to find a missing bale which they can sell so as to escape their troubled home lives….But Sergeant Healy is in hot pursuit. 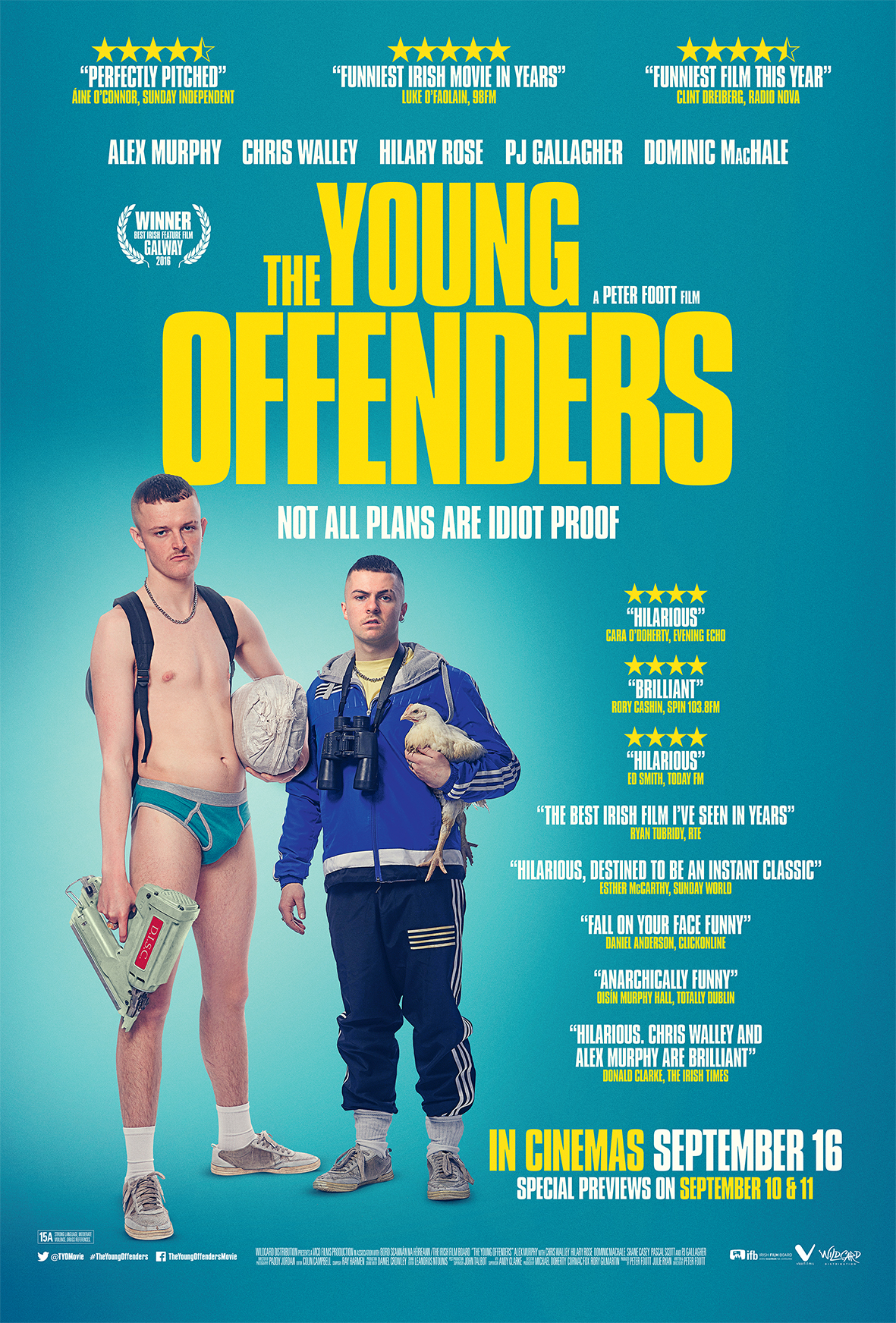 The Unkindness Of Ravens-2016